The wands/staffs are a heavy load to bare. The figure is bent with the weight of the wands. They are upright and stiff with an unwielding shape. The wands are active, fire energy. Here the energy is exertion, endurance or effort that requires stamina. The figure seems to even lean into the wands for added strength. The figure is seen plodding toward civilization. Perhaps weighed down by the obligations and social expectations of the community. 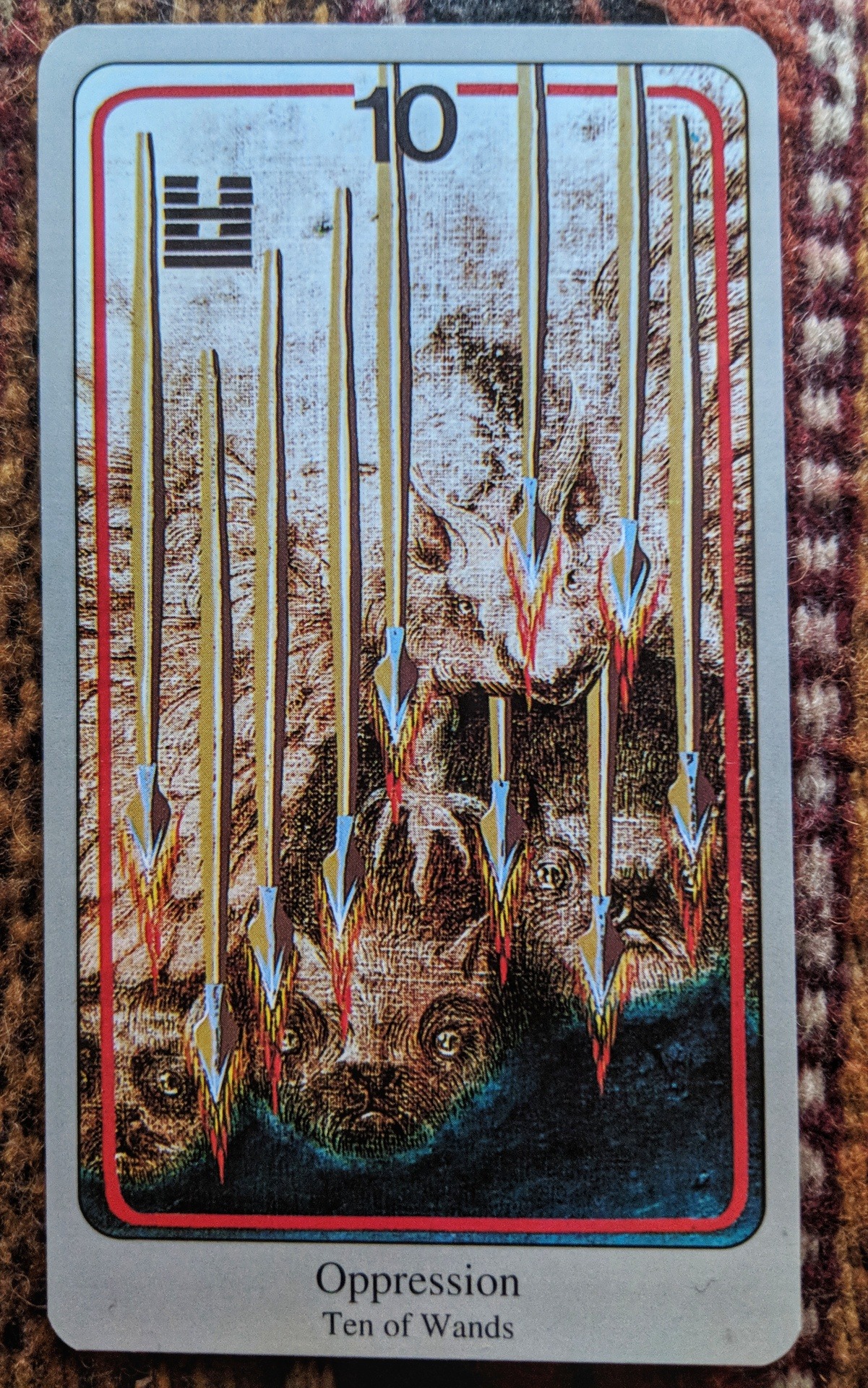 The card says Oppression. The ten spears/wands are pointing down as though sending their fiery energy down toward the ground to crush anything or anyone with their collective force. The spears/wands are lined like the bars of a prison blocking anyone from escaping. Imprisoned with faces of fear/worry are three cat-like creatures held captive and under the foot of a bird/bat-like, winged beast. Here the predator has become the prey. This represents unchecked, unbalanced aggressive energy. The hexagram is (歸妹) the “marrying maiden.” The image is of thunder over a lake. There is force that comes with thunder, a warning sound before the air fills with the oppressive energy of the storm. The lake is a passive participant here. It’s waves, the water, it’s yin energy can only wait out the violent force of the wind and the storm.